Thinking of how to improve navigation and search among articles in my Morocco guide book, I decided to divide sights of Morocco between different historical periods. This way I came across the period of French protectorate. If I choose only sights of this period, what will it show to me?

Many countries have colonial past. Russia had no colonies, so I’m far from this experience, nevertheless term “colony” arouses sad images in my head influenced by literature and history teachers. But today I’m writing about architecture of Moroccan cities and I had a chance to look at protectorate from a different angle.

The colonialists were building a lot. First of all there was a need in new districts to host the second administration and increasing population (by influx of Europeans at the beginning). Resident-General Hubert Lyautey had been paying much attention to the architectural appearance of cities, and was very scrupulous – everything had to be developed no less responsibly than for French cities.

We can say that the French were building everything from scratch for their colony, without interfering with old city blocks. Creation of Ville Nouvelle (“New City”) districts was producing a positive political effect – local population was separated from colonialists: Europeans and progressive thinking Moroccans were getting comfortable and beautiful city blocks while old neighborhoods were keeping their immutable way of life.

Districts and towns built by French look as if European cities were first decorated with oriental ornaments and then moved to Africa with climate and people replaced. It’s kind of eclecticism or beautiful mind-blowing contradiction, when you see tanned locals in European “decorations”.

There’s still a story about General Lyautey – in the beginning of 20th century surrounded by his retinue he was heading to palace. It was midday and African sun was merciless. Exhausted by the heat, general ordered to plant trees that would give a shadow, on both sides of the road. “But the trees will grow shadowy enough only in 50 years” – said one of his companions. “That’s why – interrupted him General Lyautey, –  it should be done today”.

General Lyautey had been inviting exclusively talented and famous architects. I would like to underline that newbies didn’t work in Morocco. The first urban planner was Henri Prost, later Albert Laprade joined him in order to work under his command. In 1927 Adrien Laforgue replaced M. Prost. Together with other French architects they had been erecting religious, administrative and residential buildings.

Morocco was open to world-class masters – engineers, artists, stained-glass artisans. French administration didn’t stop on architecture only: they were bringing landscape designers to create parks and gardeners to fulfill these projects.

Different styles had been used, and they were intricately intertwining. In this category we will definitely find buildings of Moorish style and modernism, Art Nouveau and Gothic revival. Actually I’m curious to see how this category will look like – what (and which way) colonial architects had brought to Morocco’s image.

Yes, in any case any type of colony symbolizes oppression. But it can’t be that people bring only evil. Let’s look from a different angle: what good things did colonialists leave in Morocco? The announced category. 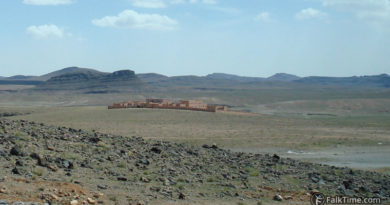 History of Morocco in brief 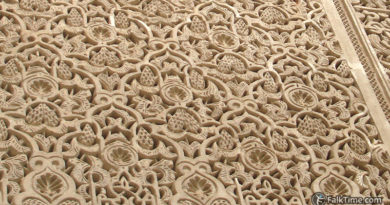 Inshallah or a few words about Moroccan mindset