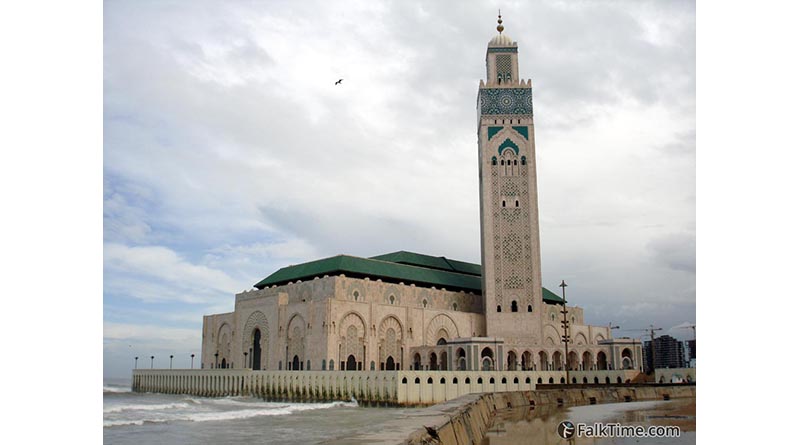 Hassan II mosque is the highest religious building in the world (the height of the minaret is 210 m). The mosque was erected by French architect Michel Pinseau and about 35 000 specialists of different professions, who were working day and night. Construction was completed in 1993. 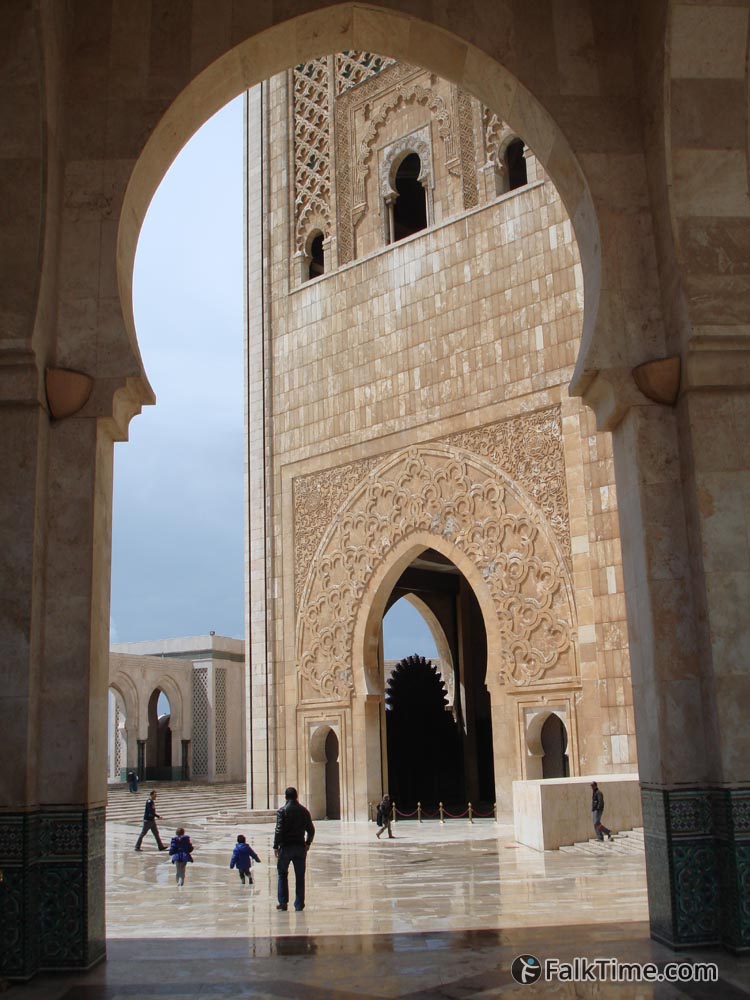 All materials (except 56 chandeliers and white granite for columns) were brought from different parts of Morocco.

Hassan II mosque is an ultramodern building – the roof, which has the weight of 1100 tonnes, can easily be retracted in 5 minutes. Heated floors, automatically operated doors, earthquake-resistant construction. And a green laser that beams from the minaret for 30 km. in the direction of Mecca. 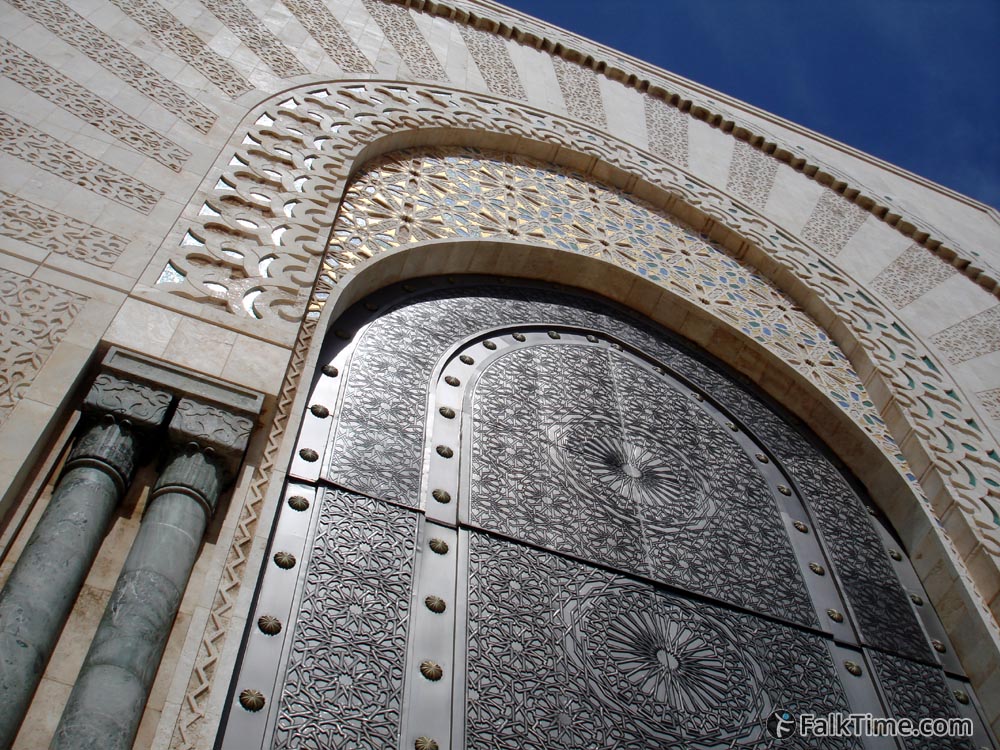 The mosque was erected over the ocean. As it was said in Quran, the throne of God rests on the water. The group of buildings around mosque includes madrasa, conference halls, museum on Moroccan history, hammams, 124 fountains (including ablution fountains) and the most comprehensive Islamic library. 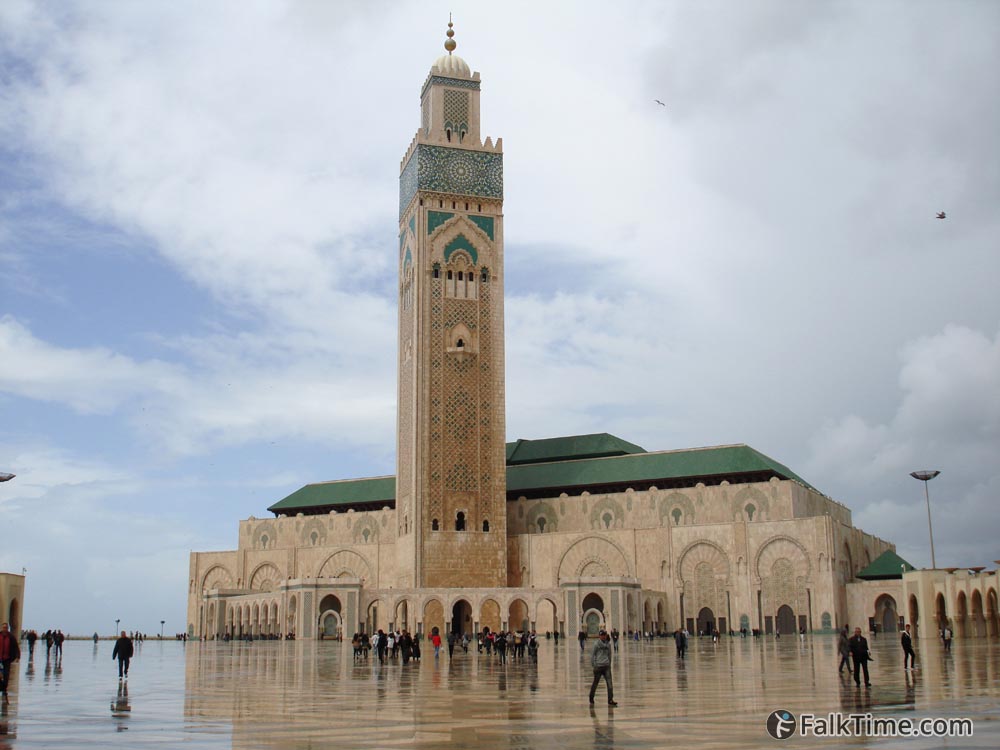 It is said that the cost of this brave project was about 800 million US dollars. Most of the money was received as a donation. Every Moroccan took part in the project of the King Hassan II.

In 2005 urgent restoration had to be done to protect the building from the sea salt. These works added another 100 years to the lifetime of the mosque. 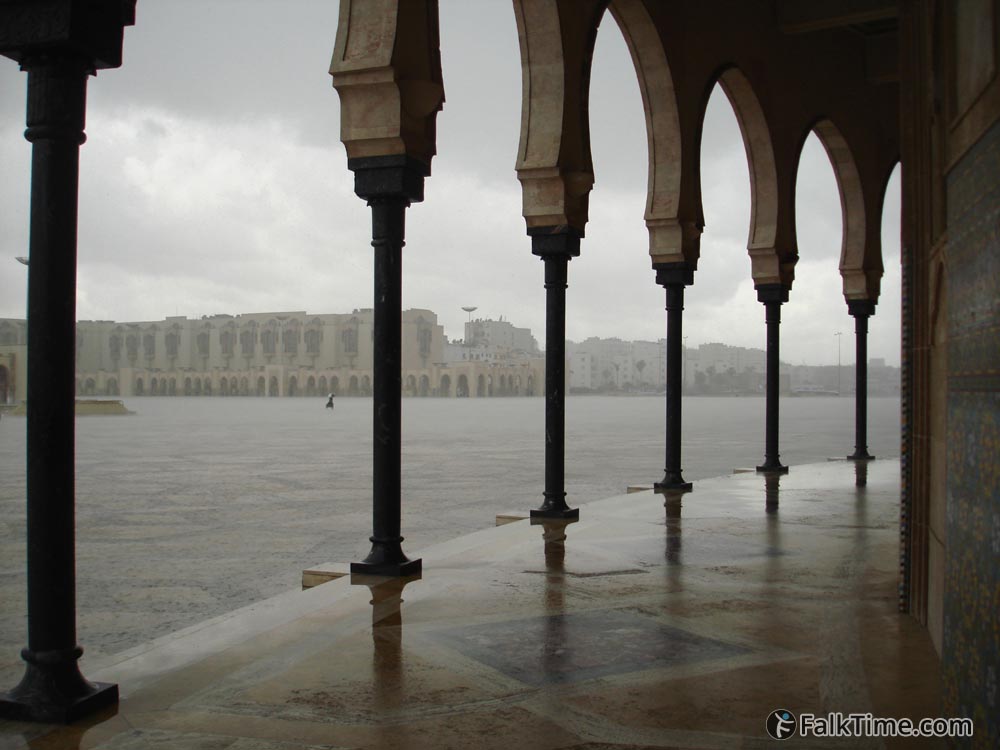 Nowadays this is the only mosque in Morocco that Non-Muslims may enter. One can visit mosque only with a guided tour. The ticket is pricey but this is a unique place, so in my opinion it is worth it. You will find timetable at the mosque ticket office. All tours start in the morning. If you come here after 2 p.m., you will definitely miss it.

If you have missed the time, there are some locals that can take you inside for some small money. Of course they are unable to show you all the inner beauty of mosque. Just ablution room, hall, probably a little bit more. As for me, I would choose a pricey guided tour. 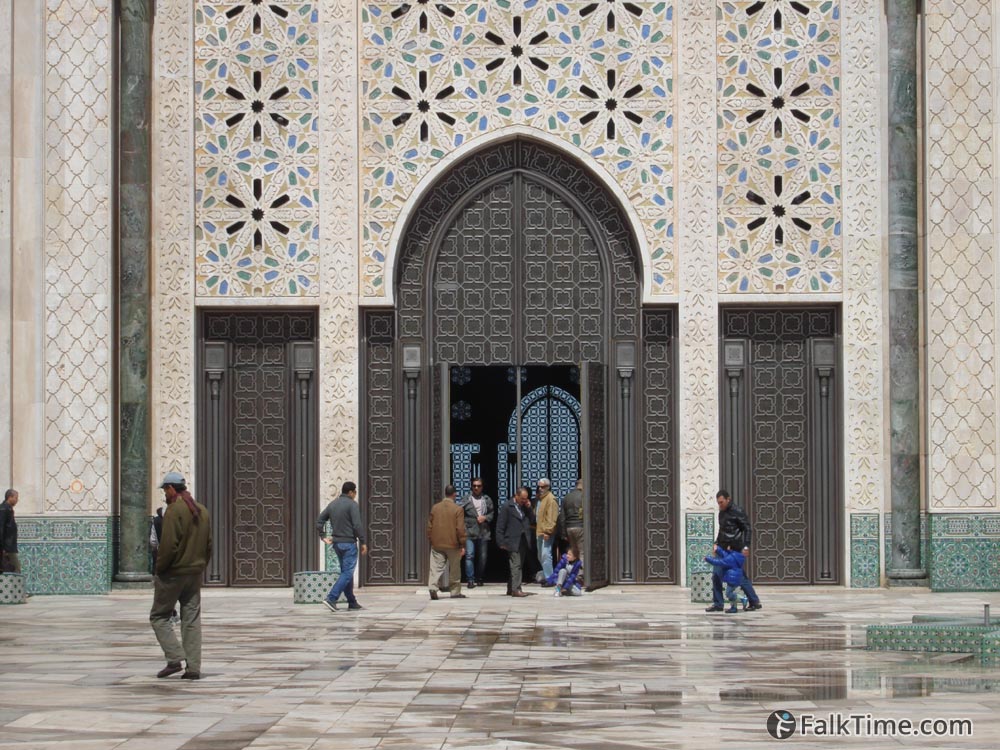 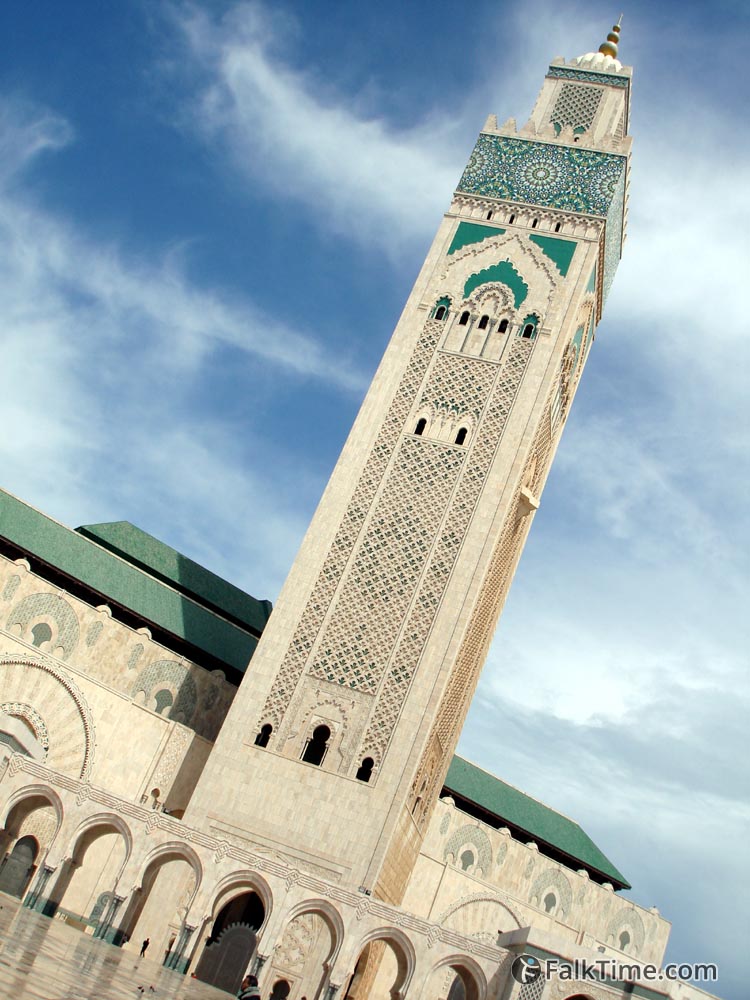 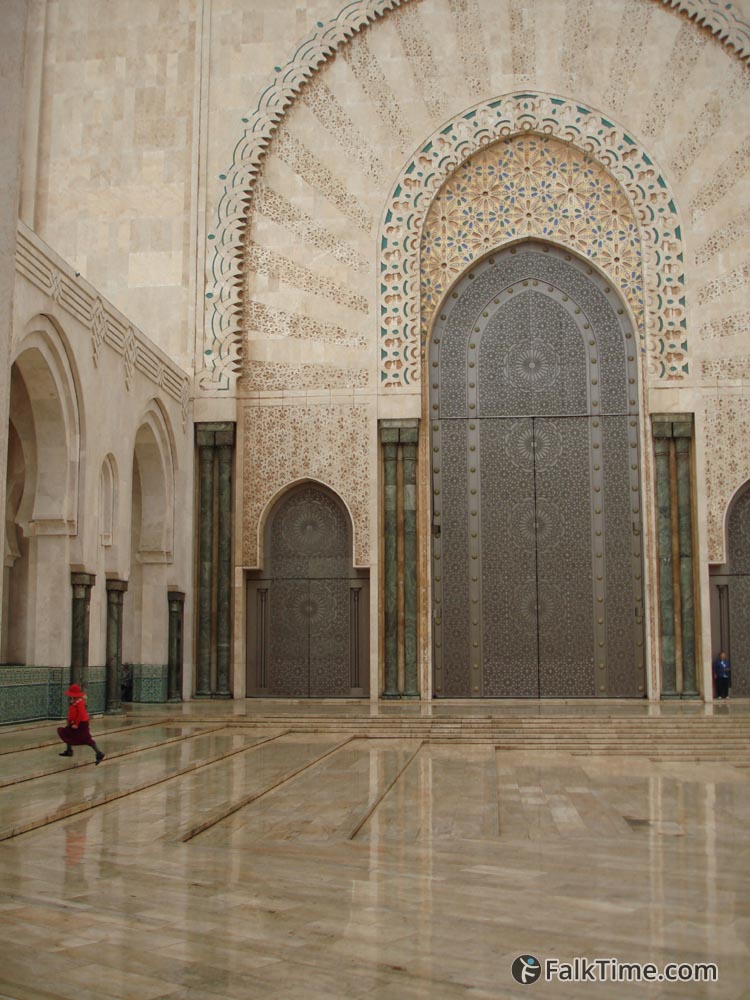 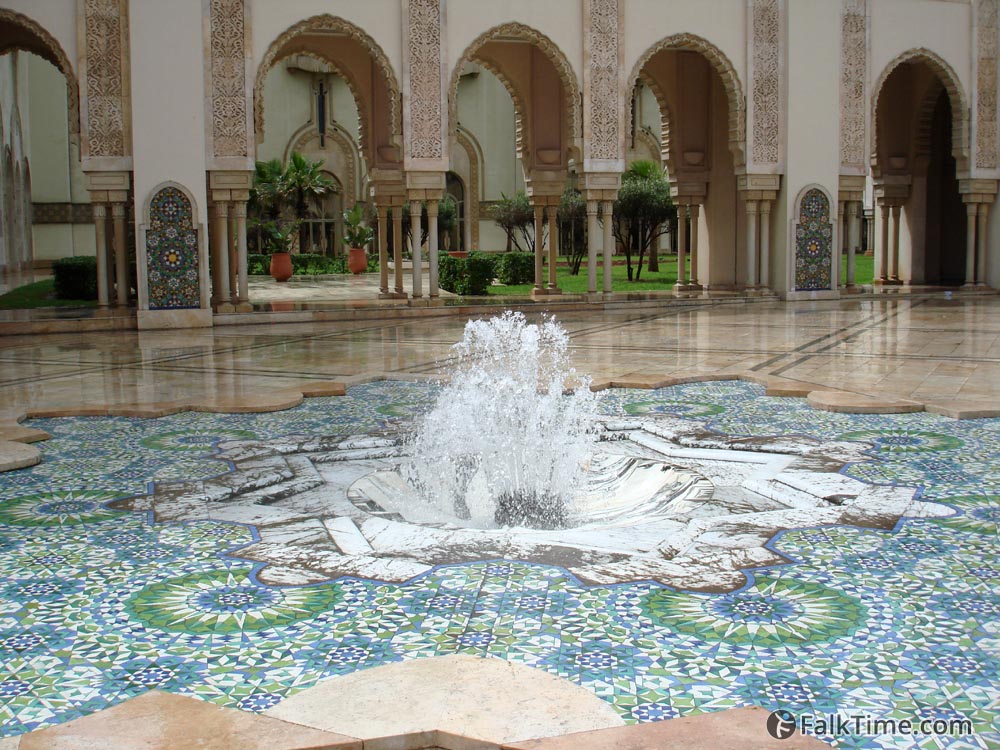 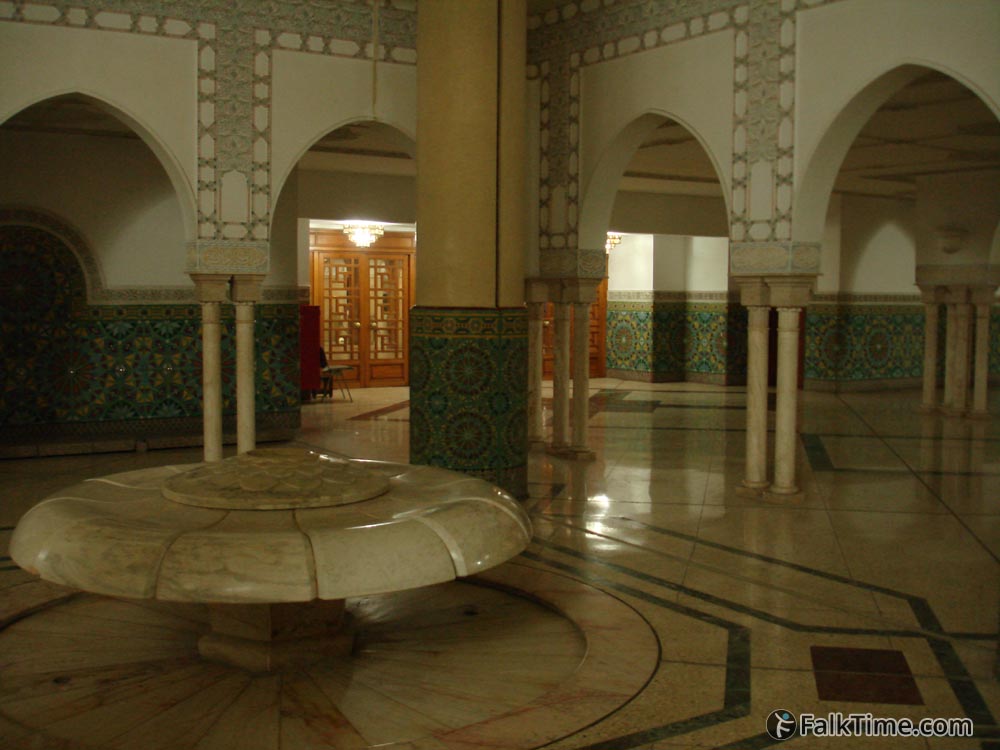 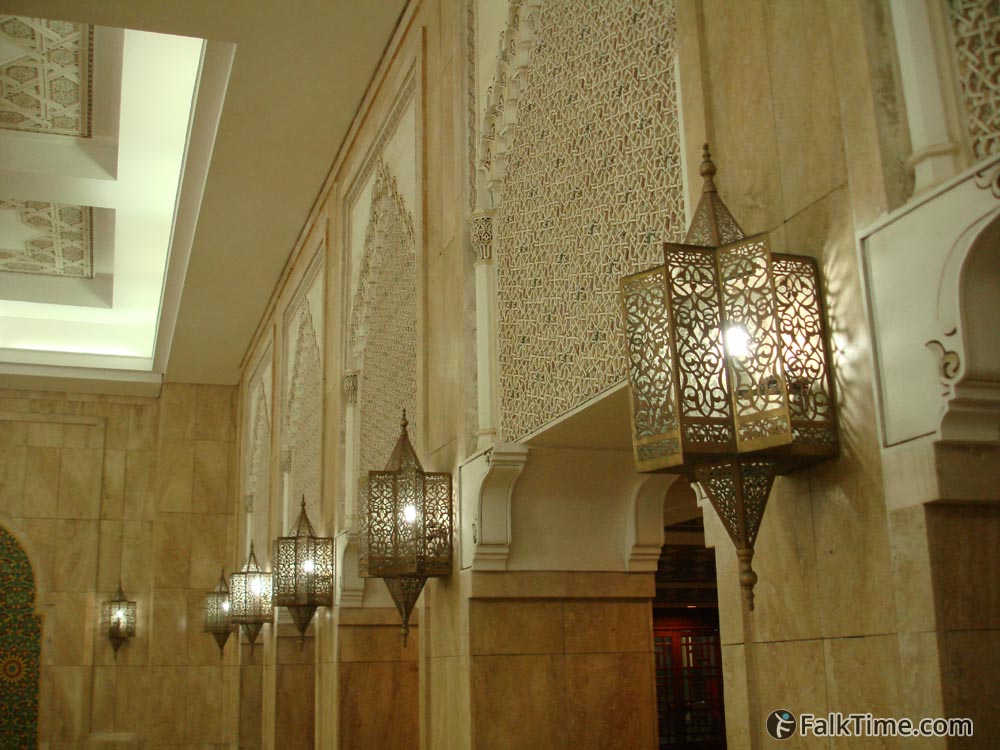 Take map of Casablanca with you – just click the star and it will be saved in your Google account. Any locations in this region that I will add later will appear on your map. 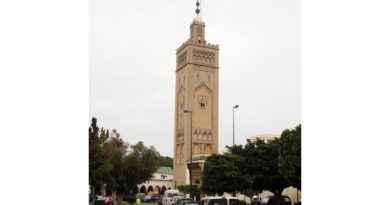 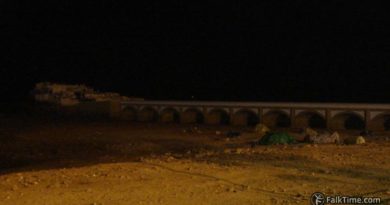 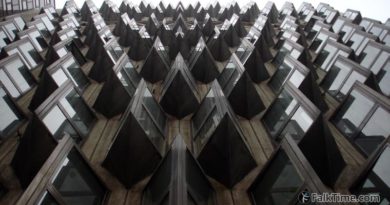